Psychiatry’s Trek Through Madness, A Book Review of Shrinks: The Untold Story of Psychiatry

The development of nearly all modern medical specialties has followed the same pattern of gradual advancement with the occasional breakthrough discovery. However, psychiatry’s history has been one of “false starts, extended periods of stagnation, and two steps forward and one step back” (Shrinks 11). Jeffrey A. Lieberman, former president of the American Psychiatric Association, wrote Shrinks: The Untold Story of Psychiatry with a purpose in mind: “to provide an honest chronicle of psychiatry with all its rogues and charlatans, its queasy treatments and ludicrous theories” (10). By doing so, Lieberman, with the help of theoretical neuroscientist and talented writer Ogi J. Ogas, sets out to redeem psychiatry from its dark past and dispel the pervasive stigma surrounding it today. Does Shrinks have the potential to usher in a new era of psychiatry and change the hearts of millions of Americans that hesitate to accept psychiatry as a legitimate medical specialty? 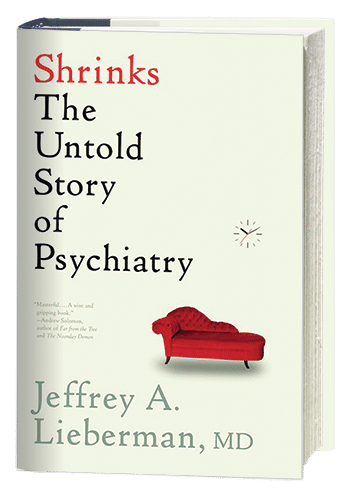 Shrinks takes its readers through the history of psychiatry, which arguably began in the 1770s with Franz Anton Mesmer, whom some consider to be the first psychiatrist. Mesmer postulated that one’s flow of a special invisible energy called animal magnetism determined one’s mental health and believed people could only be cured of their mental illnesses through contact with a conductor of animal magnetism like himself (Shrinks 28). Mesmer and his contemporaries proposed many far-fetched theories that would go on to be proved false. 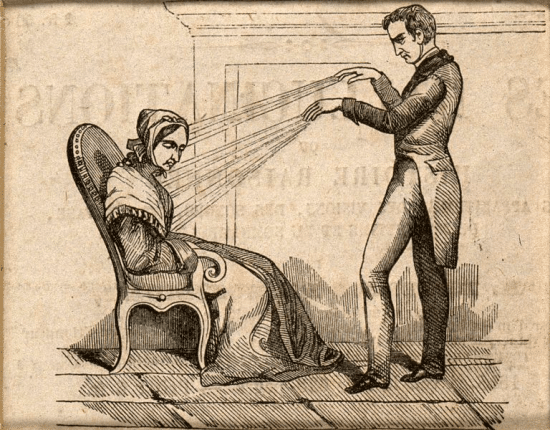 The failed attempts of early psychiatrists was not the only factor contributing to the dark past of psychiatry. Until the mid-1900s, the mentally ill were kept in asylums and other institutions separate from hospitals where all other medical specialties operated. The rate of recovery for the severely mentally ill was extraordinarily low and psychiatrists functioned more as compassionate caretakers rather than actual doctors that could cure their patients. Psychiatrists of this era developed controversial and often dangerous treatments (Shrinks 36). Lieberman tells the story of Julius Wagner-Jauregg, who developed pyrotherapy as a treatment for syphilis-induced “general paresis of the insane” (156, 157). The procedure involved purposefully infecting the patient with malaria to induce a high fever. It was often successful and the patient’s psychosis would disappear, but this was only because the malaria-induced fever would cause the syphilis parasite to die (Shrinks 158). However, fifteen percent of the patients that received this Nobel Prize-winning psychiatric treatment died from the procedure (Shrinks 157). Lieberman goes on to candidly describe other obsolete treatments such as lobotomies and insulin-induced comas, not shying away from the controversial practices that earned psychiatry the stigma it no longer deserves. 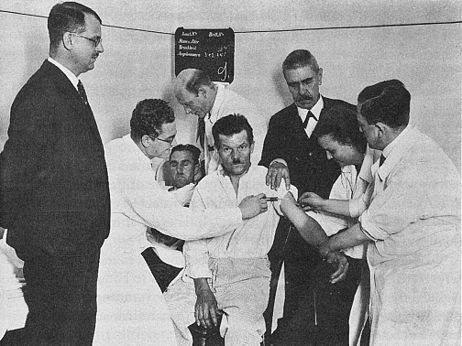 1934 photograph of malarial transfusion from one patient to a neurosyphilitic patient.
Dr. Wagner-Jauregg is third from the right.

Around the time when Wagner-Jauregg was developing pyrotherapy, Sigmund Freud was developing psychoanalysis and reshaping psychiatry. Lieberman applauds Freud’s many contributions to psychiatry and neuroscience, but also admits that he made several mistakes. Critics, including Lieberman himself, disagree with Freud’s assertion that all human decisions are at least somewhat fueled by underlying sexual urges (44). Freud also drew a number of strange conclusions including that “a girl’s natural sexual development drives her to want a penis of her own” (Shrinks 56). Despite these errors, Freud was most notably the first to propose the revolutionary idea of unconscious thought (42). He also created the three-fold model of the human psyche (the id, ego, and superego), which continues to be among the most influential analytic models (Shrinks 41, 42). All of Freud’s theorizing culminated in the psychiatric practice of psychoanalysis, during which a therapist coaxes patients into understanding things hidden away in their unconscious minds, thus alleviating their mental illnesses (53). While many of us may have preconceived notions of Freud as “a self-important domineering phony, or a sex-obsessed shrink,” Lieberman presents him as a “tragic visionary far ahead of his time” that was “simultaneously psychiatry’s greatest hero and its most calamitous rogue” (39). Shrinks attempts to contextualize these stereotypes surrounding Freud and help skeptics understand his contributions, thereby fighting the stigma surrounding psychiatry.

Despite the advancements made by Freud, psychiatry still had a long way to go before it could be truly appreciated as a medical specialty. While psychoanalytic theory allowed for more effective treatment of some patients, it implied that every patient’s unconscious conflicts were unique and “could not be neatly packed into diagnostic boxes” (96). Thus, people began complaining of psychiatry’s erratic and unreliable diagnoses. This led to the beginning of the antipsychiatry movement as people tried to fill in the gaps in psychiatry’s understanding of mental illness with their own ideas while also asserting that physicians were not needed to treat mental disorders (115). The American Psychiatric Association addressed the matter of diagnostic inconsistency by publishing the third edition of the Diagnostic and Statistical Manual of Mental Disorders (DSM) in 1979, which essentially served as a reference detailing what specific psychiatric diagnosis corresponded to a particular set of symptoms exhibited by the patient.

Another accusation of the antipsychiatry movement was that mental illnesses were “fictions invented by psychiatry to justify charging patients for unscientific therapies of unknown effectiveness” (Shrinks 109). This idea, which originated in 1961 with Thomas Szasz’s book entitled The Myth of Mental Illness, still survives today. In the 21st century, however, researchers have found countless correlations between phenomena in the brain and certain mental disorders. For instance, researchers at the MRC Clinical Sciences Centre in London used neuroimaging to find that schizophrenic patients have high immune cell activity in the brain (Bloomfield).

While studies like these bring credibility and legitimize more treatments, FDA-approved psychopharmaceuticals continue to receive criticism. For example, a controversial study conducted in 2008 by Irving Kirsch supposedly showed “that most (if not all) of the benefits [of antidepressant drugs] are due to the placebo effect” (Kirsch). Since the publication of this study there have been countless rebuttals, including one by Hans-Jürgen Möller and Konstantinos Fountoulakis, who concluded that “the Kirsch et al.’s meta-analysis suffered from important flaws in the calculations; reporting of the results was selective and conclusions unjustified and overemphasized” (Fountoulakis). The antipsychiatry movement lives on but is weakening as psychiatry continues to establish itself as a legitimate medical science.

While the effectiveness of certain modern psychiatric drugs may be subject to debate, there is no doubt that great potential lies in the ability of drugs to alter the mind. To illustrate this point, Lieberman includes an interesting personal anecdote about his experience with LSD. After trying it in the 60s, Lieberman “marveled at the fact that such an incredibly minute amount of a chemical… could so profoundly affect [his] perceptions and emotions” (Shrinks 192). With the effects of LSD in mind, it shouldn’t seem unreasonable to think that scientists have been able to devise drugs that reduce hallucinations as opposed to inducing them. As the understanding of how the mind interacts with pharmaceuticals improves, researchers will be able to create more viable treatments for mental illnesses, earning psychiatry an even more affirmed place amongst the medical specialties.

Lieberman goes on to conclude Shrinks on a markedly positive note, citing several instances in which society and popular culture have become more accepting of mental illness, as well as a number of promising lines of research that will push the science behind psychiatry even further. Lieberman notes that “though we live in a time of unprecedented tolerance… mental illness – an involuntary medical condition that affects one out of four people – is still regarded as a mark of shame” (295). Addressing psychiatry’s stigma is no longer a matter of defending the scientific integrity of the specialty. The problem now is that “the public does not believe that psychiatry has truly advanced” (Shrinks 298). Lieberman’s fascinating account of the specialty’s history, however, is a step in the right direction. Shrinks is worth reading, not only for entertainment, but also as a testimony to something of far-reaching significance—that society can trust contemporary psychiatry to help the mentally-ill population.

Previous Article The Evolution of Local Anesthetics in Dentistry
Next Article The Future of Hospitals: Virtual, Vacant, or Vacuous?
Medical Dialogue Reviewis is a peer-reviewed journal which aims to reflect the diversity of medicine by enabling students to publish their articles and artwork on healthcare.