Marijuana in Medicine: Research that is Changing Lives

If one Googles “uses for medical marijuana,” they will find a long list of pains, aches and conditional symptoms that cannabis may alleviate. As much of the list is not yet scientifically proven, it is frequently met with skepticism and viewed as an excuse for hippies to have easier access to pot. However, it was not until the past several years that scientific research using cannabis was actually legal in the United States. Humans have been using cannabis to alleviate pain, legally or not, for thousands of years, but it was so highly regulated by U.S. Federal Law that research was incredibly limited. Now, medical marijuana is on the forefront of medical research. It is being used to treat migraines, nausea and pain in chemotherapy patients and symptoms associated with menstruation, among many other conditions. The most recent breakthroughs include the treatment of epilepsy, where cannabis has shown a very promising future.1

Many doctors acknowledge the use of marijuana or its compounds as a valid treatment for a plethora of ailments, such as seizures, migraines, muscle spasms, nausea, HIV/AIDs, PTSD, cancer and the side effects of chemotherapy.1,2 Two cannabinoids approved for prescription by the United States Food and Drug Administration (U.S. FDA) are Dronabinol, to ease the side effects of chemotherapy, and Nabilone, to treat AIDS.2 The possible uses of medical cannabis stretch wide and far; in some states, a product called Foria Relief, commonly referred to as the “weed tampon,” is sold to alleviate menstrual pains and has received overwhelmingly positive feedback from users. While we have taken huge strides in the U.S. towards accessible treatment via medical marijuana, there is still a long road ahead.

Of course, there are some drawbacks to cannabis use. According to the National Institute on Drug Abuse, recreational marijuana users can become dependent on the drug, a condition that is known as “Marijuana Use Disorder”. This dependence can interfere with many aspects of one’s life. Marijuana dependence occurs when the brain adapts to a regular and sizable intake of the drug and consequently loses sensitivity to, and thereby lowers production of, its own endocannabinoid neurotransmitters.3 This means that long-time users can become tolerant to the drug, and it can become difficult for users to feel as if they are functioning normally without it.4 However, dependence and addiction are not one and the same, and whether or not marijuana is truly addictive is a controversial topic. There are currently no finite conclusions, although, some believe that serious cases of dependence can be qualified as addiction.3 As with smoking cigarettes, smoking marijuana can also cause lung damage.2 With regards to medical cannabis, like all medications, there are some side effects of using it. However, many cannabis-derived drugs do not contain delta-9-tetrahydrocannabinol, or THC, the cannabinoid that induces a high.5 It is up to the affected individual and his or her doctor to decide if using medical cannabis to help treat the condition is worth the possible side effects. It is important to bear in mind, however, that if individuals are using medical cannabis as prescribed, they are less likely to run into issues than if they are self-medicating or using it recreationally. Orrin Devinsky, MD, Director of NYU Langone’s Comprehensive Epilepsy Center, commented that, “We must let the science, and not anecdotal success stories and high media interest, lead this national discussion…Taking CBD [cannabidiol] in a controlled medical setting is vastly different from going to a state where medical marijuana is legal and experimenting with dosing and CBD strains.”.6

According to the Epilepsy Foundation, about 150,000 people will develop epilepsy in the U.S. every year. It is the fourth most common neurological problem, following migraine, stroke and Alzheimer’s.7 In October 2013, the U.S. FDA approved Investigational New Drug studies (INDs) of purified CBD as an anti-seizure medication, solely under the conduction of Orrin Devinsky, MD, Director of NYU Langone Comprehensive Epilepsy Center, and Dr. Roberta Cilio, MD, PhD at UCSF. The drug was dubbed “EpidiolexTM” by GW Pharmaceuticals, a British Company.8 Like many drugs derived from cannabis, Epidolex lacks THC and utilizes a compound derived from cannabis known as CBD; meaning that taking the medication will not make one high.5 INDs on Epidiolex were continued with great success in the U.S., focusing on the treatment of Lennox-Gastaut Syndrome, a form of epilepsy where onset occurs in early childhood. In March 2016, GW Pharmaceuticals was excited to announce that Epidiolex was effective in treating patients with Lennox-Gastaut syndrome, shown by a high statistical significance (p=0.0135).9 “These data show that Epidiolex has the potential to provide a robust and clinically meaningful reduction in seizures in this highly treatment-resistant population…I am excited about the prospect of Epidiolex being made available on prescription in the future,” stated the investigator in the trial, Linda Laux, MD, Director of Comprehensive Epilepsy Center at Ann & Robert H. Lurie Children’s Hospital of Chicago and Assistant Professor of Pediatrics at Northwestern University Feinberg School of Medicine.9 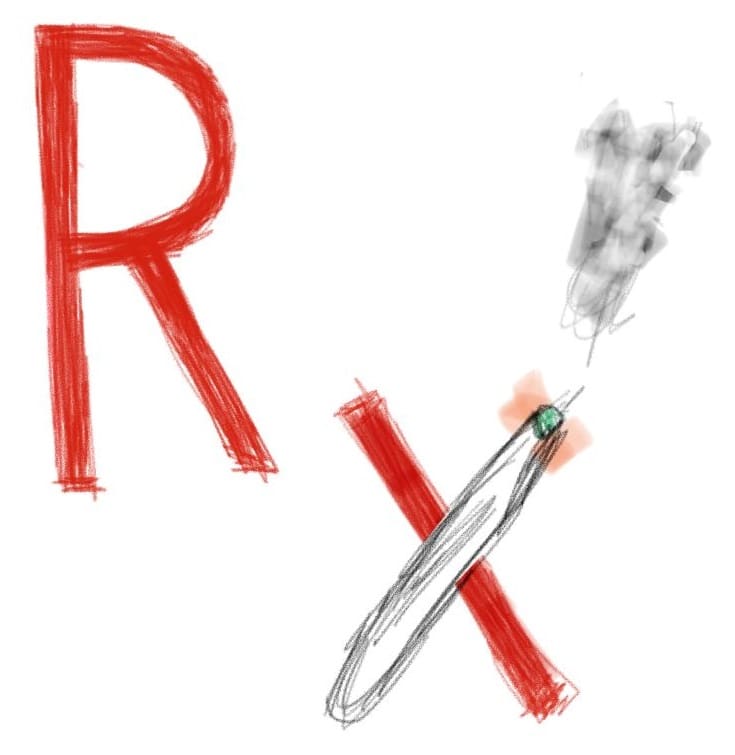 In 1996, California was the first state to legalize use of medical marijuana. Today, in 2016, there are 25 states where such a law exists and 17 states where certain medical use of cannabidiol, a compound lacking THC, is allowed. While many states allow regulated use of marijuana or its compounds for medical purposes, and Washington and Colorado have legalized marijuana for anyone over the age of 21, marijuana is still classified federally as a Schedule I substance under the Controlled Substances Act. Schedule 1 substances are considered to have a high risk of dependency, they have no accepted medical use and are federally illegal.10 Because of this, marijuana is extremely difficult to acquire for medical research and, with exception to the few FDA prescription-approved medications, prescriptions for medical marijuana are not technically legal and therefore can not be covered by insurance; they are more often called Doctor’s “recommendations” or “referrals”.11 This makes medical marijuana expensive and overall inaccessible—keeping millions of patients from receiving relief from a medically recommended cannabis treatment.

In deciding whether or not you are in support of the use of medical marijuana, there are many factors to take into consideration. The organization, Doctors for Cannabis Regulation, promotes the idea that “you don’t have to be pro-marijuana to oppose its prohibition”.12 While recreational marijuana use certainly has mild health risks, the potential relief that could be provided by medical marijuana is huge. In order to get there, U.S. regulations on cannabis must decrease for medical research to further pursue the compounds and derivatives of cannabis with great prospective health benefits.

Previous Article Whose Choice Is It, Anyway?
Next Article Olfactory-Mediated Decision-Making
Medical Dialogue Reviewis is a peer-reviewed journal which aims to reflect the diversity of medicine by enabling students to publish their articles and artwork on healthcare.