Ebola: Learning From Our Mistakes

I remember the mood of Texan high school hallways after the first confirmed case of Ebola reached Dallas. Teachers were grim and tense. Students did not touch one another. A particularly tenacious cough was justification for missing school for the week. Of course, as a nation, we had nothing to fear from the virus: it spreads through bodily fluid (as opposed to transmission by air or mosquitoes), and we could count the confirmed cases on a single hand. We only cared about the virus when it stepped into our own nation. In response to the Ebola outbreak in Western Africa and its eventual spread to other parts of the world – including the U.S. – our federal government failed to intervene efficiently and decisively at home and abroad. As a result of bureaucracy in public policy and a failure to engage the local cultures of various peoples, tens of thousands of individuals died. However, in the face of a new pandemic – the Zika virus – the U.S. can learn from these mistakes in order to prevent a global tragedy.

By the time global response efforts were underway, Ebola had been an epidemic for about six months, and had been declared a “global emergency” by the World Health Organization (WHO) for two months. The WHO itself, because it “suffered budget cuts” and “lost many of its brightest minds,” was late in recognizing the disease’s threat, preventing the Centers for Disease Control and Prevention (CDC) and other world health powers from taking an active role in afflicted countries for four months (Sun et. al. 2014). The virus, carried into a rural Guinean town by a child after a day of exploring the surrounding landscape, subsided momentarily after small outbreaks. Assured that the strange epidemic would fade, health officials in West Africa quelled fears regarding the further spread of Ebola. Then, the virus circulated from villages to highly populated cities, exploding its virulence and deadly reach. Because of a lack of aid from world health powers, and Ebola’s rapid spread, local doctors and nurses worked with little outside support and faced great difficulties in treating patients and containing the aggressive disease on their own. Still, many health professionals would not work the Ebola wards; they felt it was too dangerous and feared becoming one of the writhing, gutted sick. The combination of these factors resulted in thousands of deaths that could have been prevented. 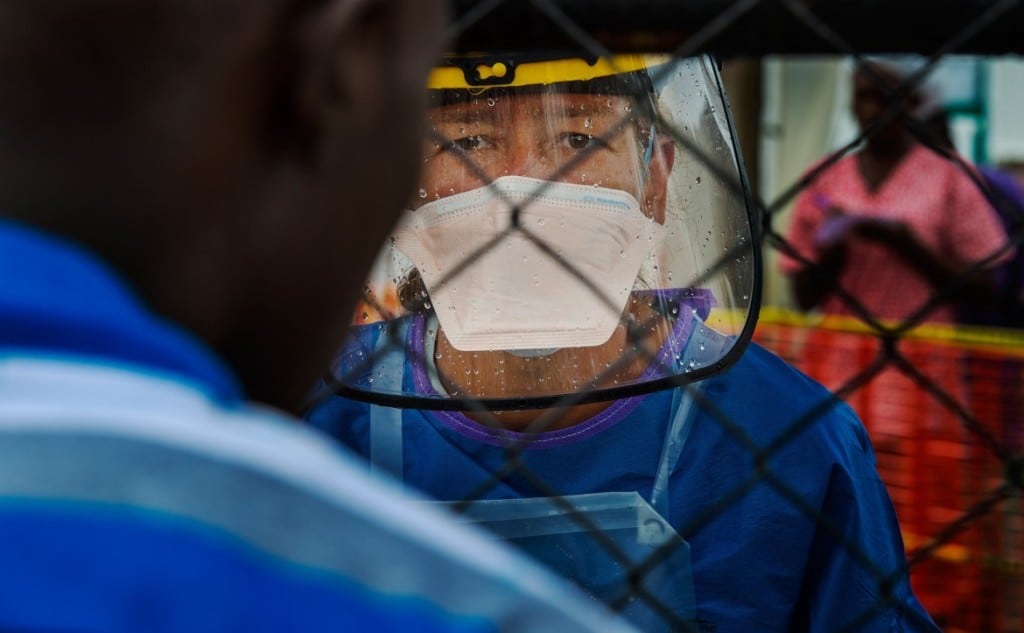 A U.N. representative in an Ebola ward. Image from the Washington Post.

The first mistake the United States made in its Ebola response, as mentioned, was poor response time. However, once health officials began to work on this case in tandem, the virus still raged throughout West Africa without any sign of slowing its progression for a few months. This uncontrolled progression was partly because of failure to engage local culture. Ebola reaches its peak propensity for infection in a person just after death. Doctors did not understand this immediately, and allowed Western Africans to perform ceremonies and bury their passed loved ones, unaware of the grave consequences. As a result, those who came into contact with the body usually developed Ebola. Due to a lack of cultural competency, people suffered and the virus spread out of control.

Another factor leading to the spread was that Ebola responders simply lacked the resources to fight a foe so powerful. When Kent Brantley, an American doctor who became infected shortly after working in Liberia’s Ebola wards, sought audience with President Obama, he urged the president to send resources immediately, or else the infected region would soon spiral beyond help even with resources. According to Brantley, Ebola is “a fire straight from the pit of hell” (Sun et. al. 2014). President Obama already had $750 million in resources and three thousand troops ready, but these resources would be inactive until congressional approval was reached. With increasing pressure from Doctors Without Borders and other health advocacy groups, the WHO finally sent some of their own resources, pooling money into a disease whose tendrils had already extended into thousands.

The director of the WHO’s Emergency Risk Management department, Richard Brennan, admits that “[the WHO] could have responded faster” (Sun et. al. 2014). However, in defense of the WHO, the virus was dynamic, and became exponentially malevolent far more quickly than predicted. In light of this extremely recent epidemic, the WHO, among others, looks to respond to the Zika virus with more fervor and attention than it initially did with Ebola. Because Zika can be transmitted through mosquitoes and body fluids, the rate of infection could potentially be greater than that of Ebola. Unlike the latter, Zika very rarely results in death. However, the virus can cause dramatic malformations in the babies of infected pregnant women, which is where the true epidemic lies. Fortunately for most, only one in five individuals with the Zika virus in their bodies will become ill. However, this does not mean that the virus cannot be passed along to the child, meaning that an unknowing mother could potentially transmit the virus to her fetus prenatally. Although unsure if it truly causes birth defects, the WHO reasons Zika should be “guilty until proven innocent” in this case (Szabo 2016). Reason dictates all measures against the virus should be taken until we are certain of the realities of the disease. The world discovers more and more about this virus each day. Only recently did the first record of Zika transmission through sex come from Texas (by a traveller returning from South America having unprotected sex). Truthfully, scientists have known about Zika since 1947, but misjudged the disease as nonthreatening, small, and unimportant (NPR Staff 2016). Therefore, little research was done, and virologists now play catch up as the virus soars from continent to continent, country to country. Now, with fresh panic, Americans slowly begin to turn their gaze towards South and Central America, especially in light of the upcoming Summer Olympics ceremonies. 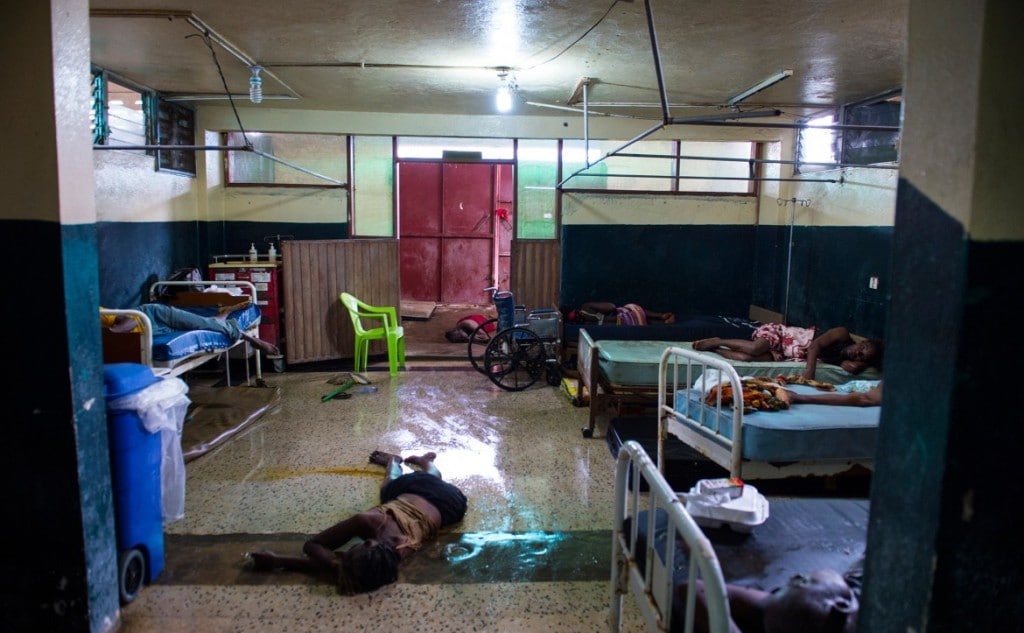 Because of its aforementioned shortcomings in the early stages of the Ebola crisis, the WHO has declared a global emergency for Zika (World Health Organization 2016). It will be deploying health professionals to affected areas with a $56 million budget to increase Zika surveillance in at-risk areas, developing vaccines and diagnostics, and issuing regular information to the public. Its rapid response correlates to its desire to leave the mistakes of the Ebola crisis behind. As Tom Frieden, director of the Centers for Disease Control, said of the Ebola virus epidemic, “[w]e, the world, failed [the] test” (Sun et. al. 2016).

The world will learn from failing. By getting the results back on the Ebola test, with some answers, health organizations are now better equipped to respond to an epidemic that surprises them. Because of cultural incompetency, the hope is that international response personnel will be trained to not only do epidemiological work, but to understand how the respective cultures and societal structures of afflicted communities affect the spread of disease. Because hotbed areas of viruses received few resources in the past, the United States and other countries, as well as international health organizations, are beginning to funnel money into Zika relief research and programs. The world, in the best scenario, should see the Zika virus hit a wall made by world efforts before a catastrophic epidemic can even reach a potential beginning.

Previous Article The Syrian Refugee Crisis: A Global Health Concern
Next Article What You Still Might Not Know About the Ebola Crisis
Medical Dialogue Reviewis is a peer-reviewed journal which aims to reflect the diversity of medicine by enabling students to publish their articles and artwork on healthcare.